As an artist with a strong interest in architecture, I find in the Indian urban scene an encyclopedic and often hallucinatory density of material from contrasting epochs and traditions. Collisions and mutations between form and structure have evolved both incrementally as well as through rapid and uneven development that is reflective of changing tastes, values and economies. Sumptuously carved and decorated structures often push up against stark cement boxes adorned only by the patina of age that arrives prematurely in a challenging climate of diverse weather conditions. Through the slow process of painting, I recreate architecture, space, and surfaces from observation, memory, and imagination. I often became hopelessly lost in these spaces as I work. I think of them as visual puzzles and labyrinths, in places they defy spatial logic and in others hold together in a precarious and ingenious balance. 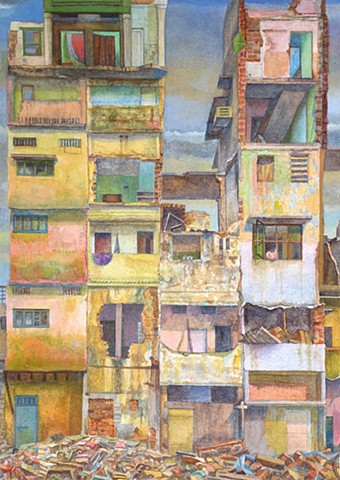 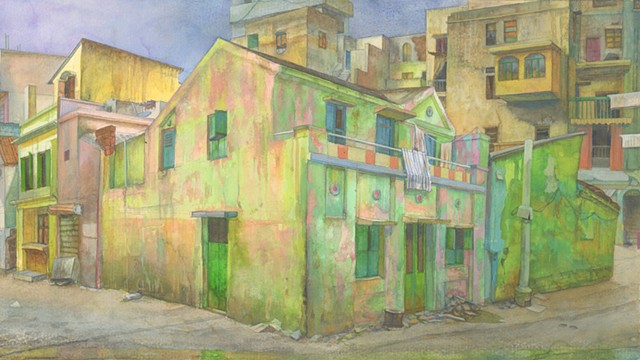 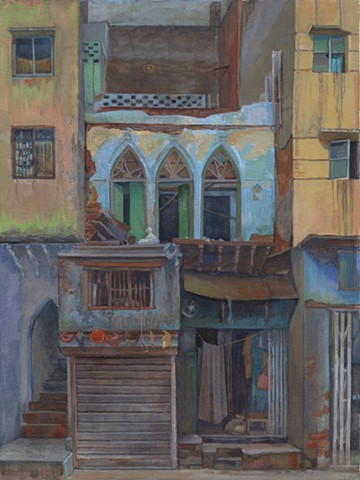 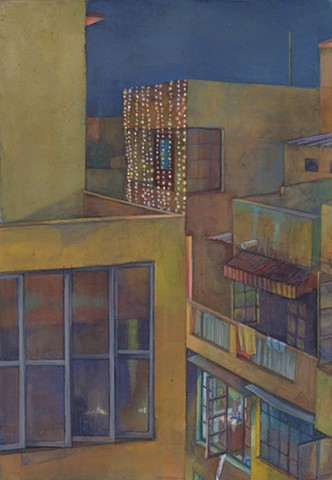 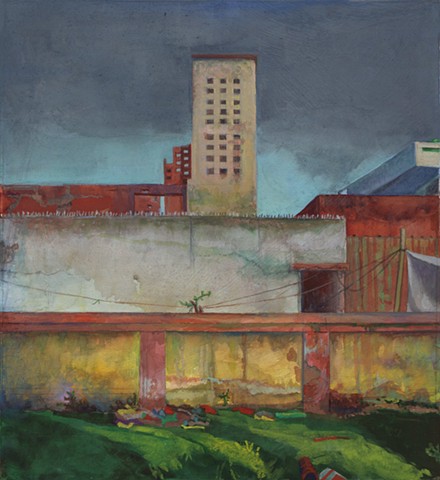 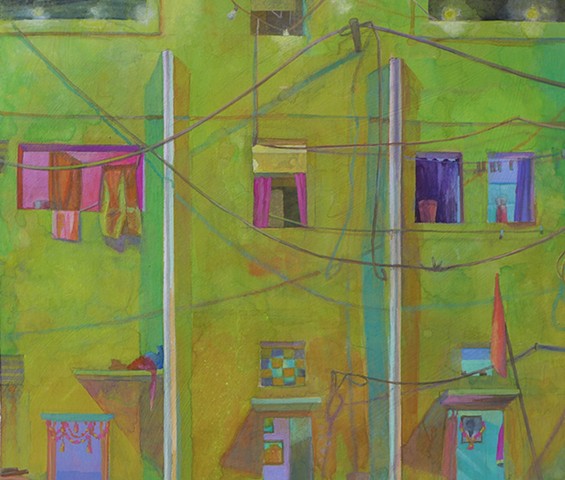 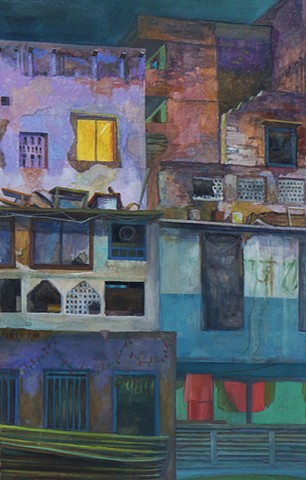 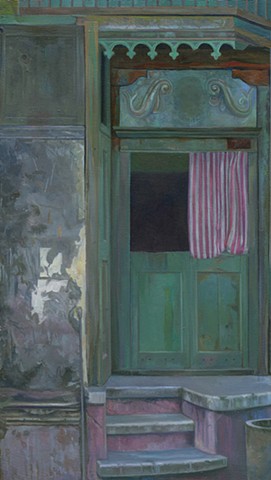 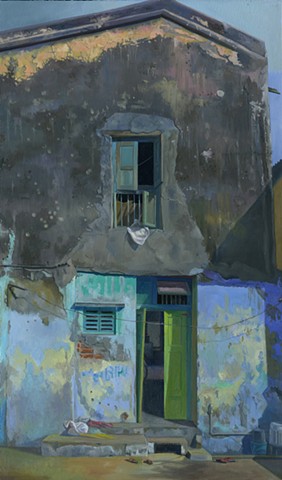 Without Refutation
oil on wood
15 x 9" 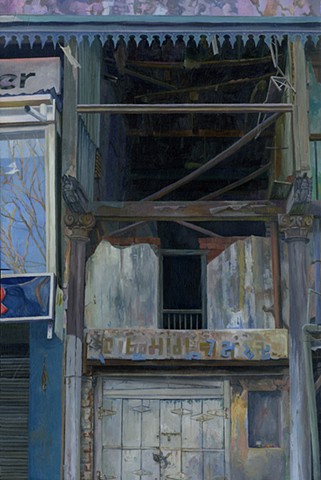